Today I’ve got news of another revamp, and this time it’s a biggie! The first in my Flora Lively series of contemporary mysteries with a romantic slant has undergone a complete transformation, ready for the launch of the audio book this month and the next in the series later this year.

Now, there was nothing intrinsically wrong with the old cover – in fact it was really lovely. But, the cover wasn’t working as well as it should. It wasn’t attracting the right audience, and this was a real problem.

Part of the problem with Murder at the Maples is that it is a genre-mixing book. Described (mainly by me) as ‘Bridget Jones meets Midsomer Murders’, the Flora Lively series is intended to combine elements of the chick lit/contemporary romance novel with the light, or cozy, mystery genre. Of course, mixing genres is always a tricky thing to pull off. The danger here was two-fold: readers of my other books would be put off by the mystery/murder elements, while mystery fanatics would find the romance and deeper issues explored a turn off.

With nearly a year’s worth of sales data it became clear to me that I had to make some changes to help the book find its ideal readers. First of all I needed to change the description, which placed far too much emphasis on the murder/mystery themes. This isn’t a pure mystery, cozy or otherwise, and this wasn’t reflected in the blurb or product description at all. That done, it was down to the cover to work a lot harder to say the exact right things about the book.

So what did I need the cover to ‘say’? It had to be more upbeat and fun, for starters, and reflect the fact that the book is, in parts, quite funny. It had to say ‘young protagonist’, because I think the name Flora might sound like this is an old lady investigating crime in a Miss Marple kind of way. It also had to show, very immediately, that the book is a mystery, and one in the lighthearted, cozy genre. And it had to look like part of a series.

Phew, quite an ask. I had a very clear image of what I wanted, but describing this to my cover designer was difficult. I decided to go down the visual route, so I set to with my daughter’s paints and a set of scissors and began creating. (You can see my efforts at the end of this post.) The visual guide really helped, though, because Chris Howard could instantly see what I was trying to achieve. He took over, with his considerable skill and knowledge, and came up with … 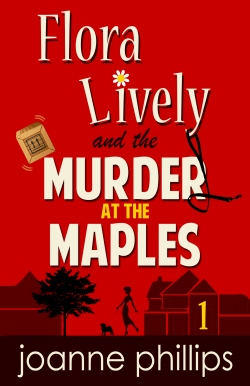 The new design is just perfect, and it does everything I’m asking of it and more. As the second in the series is well underway I decided to commission the next book cover right away. Seeing the two books together really highlights the fact that this is a cover that works as part of a series as much as it works alone. 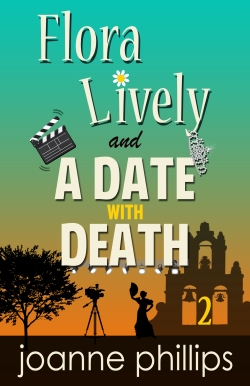 A Date With Death is due for release in November this year, and the third in the series will follow in 2015. I recently listened to the entire Murder at the Maples audio book to approve the narration, and it reminded me how much I love Flora’s character and the whole chick-lit/mystery concept. (There’ll be more about the audio book next week.) I’ll definitely be pulling out all the stops to give this series the chance it deserves to find a new readership, and to entice my existing readers to give it a go.

Not read Murder at the Maples yet? Don’t buy it now! Wait until Thursday when the book will be on free promotion for 5 days!

And yes, I promised to show you my own mocked-up version, made with cut-out lettering and painted with my 6-year-old’s paints! Here it is 🙂 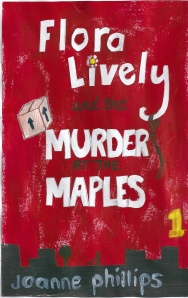 Over to you ... Cancel reply 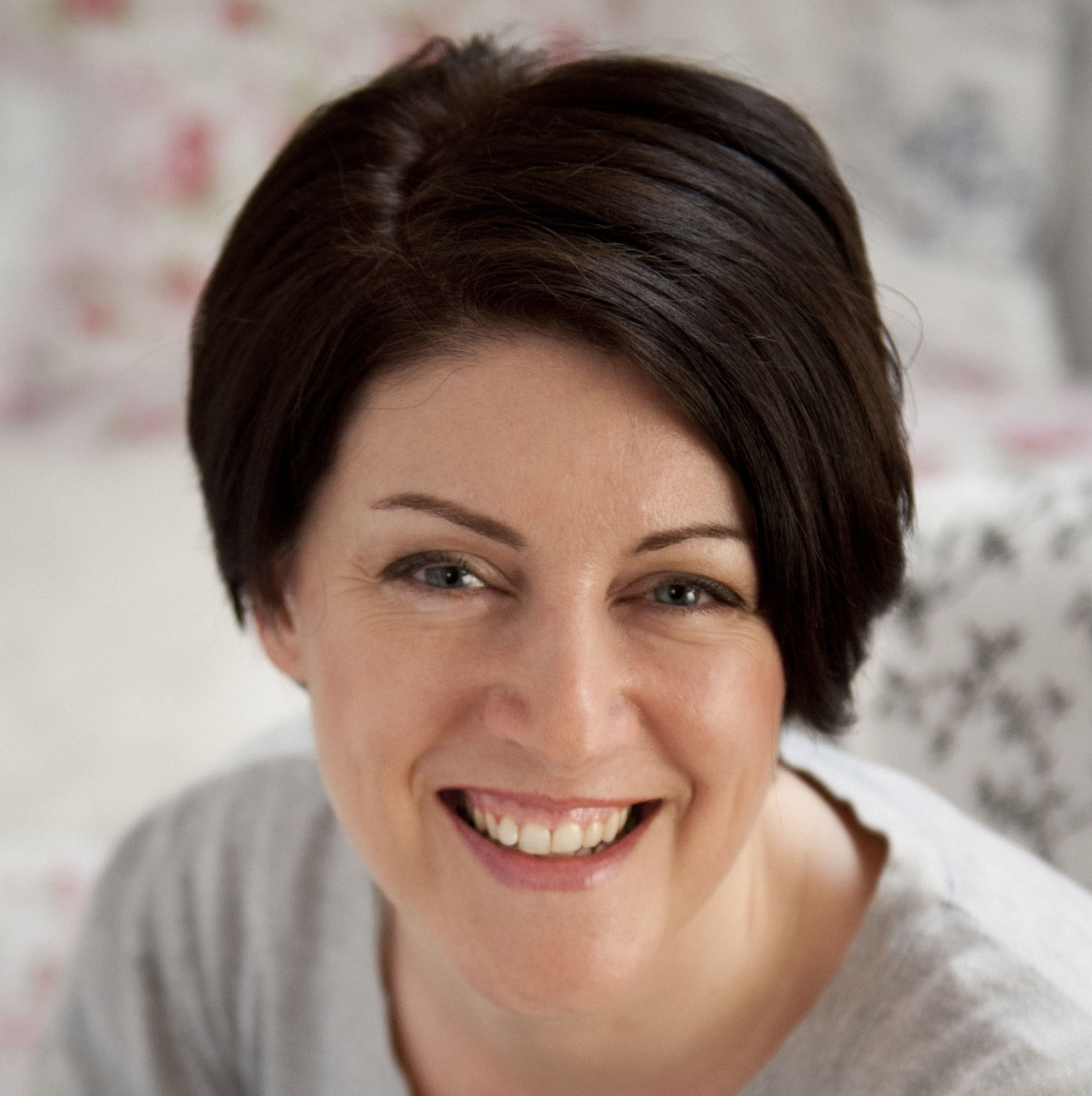 If you'd like me to let you know when I release a new book, just click here.

Connect with me on the Internet